"I always say: ‘you’re a product of your environment.’ Sometimes, you have to step out of it to see the full picture. It’s up to us to expose individuals to what they can find in the transportation industry, within Keolis and other agencies as well."  - Gerald Francis

One of the ways Keolis shows its commitment to diversity, equity, and inclusion is by partnering with leading national advocacy organizations like the Conference of Minority Transportation Officials (COMTO).

Celebrating its 50th anniversary this year, COMTO offers minority professionals in the transportation industry a forum to maximize participation in the industry among minority individuals, veterans, people with disabilities and certified MWDBE businesses. COMTO gives hundreds of young transportation workers the opportunity to build relationships and grow within the industry, which it has done for President of Keolis Commuter Services Gerald Francis, Keolis North America’s Manager of Safety Lamar Bates, and MassDOT Risk Financing Manager Lidy Chan.

In this interview, Lamar, Lidy, and Gerald share with Keolis’ Sarah Lamodi their personal experiences with COMTO, its contributions to the transportation industry, and how its ideals can shape the future of our diversity in transportation.

Sarah: How did you get involved with COMTO and how did that involvement impact your life?

Lidy: I joined COMTO about 12 years ago – not as a member, but as a guest. I was invited to a COMTO meeting – which the COMTO National CEO attended – and was appointed to the Executive Board of the Boston chapter as Treasurer. I served as Treasurer from 2012 until I was elected chapter President in 2016. Recently, I was elected Consulate President serving the National Executive Board.

Getting involved and becoming an officer has really helped me move important projects forward, not only in helping minority communities, but the transportation agencies I work with as well. One of the things I like most about COMTO is its programs. One of the programs I focused on when I started were youth programs, like COMTO’s Transportation Shadow Day as well as it’s Scholarship. I’m passionate about helping communities and people, but my focus at the time was specifically on helping young students. One of my goals working with COMTO became exposing students to transportation and promoting them as the future of transportation, as well as exposing them to what COMTO can offer in terms of financial support to attain their goals. We need to introduce students to the field of transportation, because it’s not just engineers, bus operators, conductors – it contains many other professions.

Lamar: I’m fairly new to COMTO since I joined in 2018. To be honest with you, even though COMTO has been around since 1971 and I started my career in 2005, I never knew about COMTO until I met a former colleague who was involved with the D.C. chapter. That introduction to COMTO really changed my life. I was able to see people who looked like me in the transportation industry do extraordinary things, and that I could do those things too. It was very inspiring and gave me a push to do things that I didn’t even expect. I went to meetings for COMTO D.C., and I knew I didn’t want to just to write down “COMTO Member” on my resume, I wanted to really get involved. So, when the president for that chapter told me that people had been trying to build a chapter in Richmond, VA that jump-started my involvement. I wanted to get people together and engaged, so that’s what I did. We met with different representatives from COMTO National and organized the Richmond chapter, which started officially in October of 2020.

Sarah: How do you feel the partnership between COMTO and Keolis has impacted the company?

Lamar: Of course, COMTO Richmond is a new chapter, but the partnership with Keolis provides the exposure we need... I didn’t know the different fields available within the transportation industry itself. To be able to network, to be able to have partnerships like Keolis and COMTO, you’re able to see a vast knowledge as far as the entire industry of things you can pursue, rather than just what’s in front of you.

I first met with Gerald Francis through COMTO, and we probably would never have met without it. Meeting people and seeing influential minorities within COMTO has shown me how many great things are going on in the industry. But, as I say that, it’s not enough. We have examples like Mr. Francis and Ms. Chan, but it’s still not enough there is still work to be done.

Lidy: A lot of our workforce, especially the ones that are sitting in our office, they really don’t get involved with professional organizations, just because nobody encourages them, or they don’t realize that there are opportunities out there... I’m so grateful for our partnership with Keolis because it allows us to grow our membership. There are a lot of things we can do together in getting Keolis’ workforce involved – and this is just the beginning.

Gerald: COMTO offers a lot in terms of networking. When I heard about what Lamar was doing in Richmond, I reached out and we had a conversation about starting up the chapter. Mind you, we had not met before, but from hearing his efforts through COMTO, in talking back and forth I was able to give Lamar some insight into starting a chapter. And, from that first encounter, Lamar and I have built up a relationship as well. The same goes for Lidy. We were initially introduced at the COMTO National Conference held in Boston in 2015. The Boston chapter had good membership, but things started to taper off. Lidy remained there with the Boston COMTO chapter all the way – good, bad, or indifferent. She remained a committed member, and thanks to that initial introduction through other COMTO members, we started developing a relationship. Now, I’m a member of the Boston COMTO Advisory Board, and Lidy and I work closely with other Keolis divisions to establish COMTO chapters. The point is: just by networking we were able to build strong careers.

Like Lamar was saying, he didn’t hear of COMTO until he joined. I don’t want COMTO to be the best-kept secret. We want to let people within Keolis know about COMTO so they can understand more too. I always say: ‘you’re a product of your environment.’ Sometimes, you have to step out of it to see the full picture. It’s up to us to expose individuals to what they can find in the transportation industry, within Keolis and other agencies as well.

Sarah: In what ways do you feel that Keolis and the transit industry in general can improve in terms of diversity? How does COMTO play into that improvement?

Lamar: Doing the work on the ground and being persistent with that work – and not letting things just be for the moment – is how we do better. With George Floyd there was an uproar, but it’s important that it doesn’t just stay in that moment and that we continuously make progress. We need to make news through our persistence and showcase all the opportunities out there. We need to let people know that it is achievable, and we can show you the way to reach it. A lot of times, the issue is not knowing how to get there, and I think that’s something we can do through a collaborative effort between Keolis and COMTO.

Gerald: When we talk about the murder of George Floyd and the responses to that, what we need to remember is that this is not a sprint, this is a marathon. I do not want suddenly everyone getting excited for a year or two and losing momentum, there needs to be persistence. We need to be mentors in the industry. Seeing these leaders through COMTO and other organizations should push people to ask: “how do I get there?” We need to start showing the patience and helping folks from all backgrounds develop and grow, and that’s what COMTO does; that’s what it did for me.

Sarah: What advice would you give to locations looking to start COMTO chapters or people looking to get involved in COMTO in general?

Lidy: Continue conversations with other locations if you want to start a new chapter to learn how you can go about it. Lamar is here to help, and I am available at the National level as well; COMTO is here to support you.

Lamar: I would also say: support and engage. It shouldn’t be a one-way conversation; it should be a dialogue. Know that the support is there, and by accessing that you will be able to engage with your team. I think with that, we’ll see great progress moving forward.

Keolis would like to thank Lidy Chan, Lamar Bates and our own Gerald Francis for contributing their time to this interview and for their continued efforts around promoting diversity, equity and inclusion within their respective organizations and the entire transit industry.

To learn more about COMTO and how to join/begin a chapter in your region, visit comtonational.org. 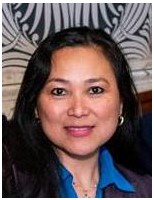 Lidy Chan began her work in the transportation industry as a scheduling and estimation intern in 2000 for the Central Artery Project (a.k.a. the Big Dig). After graduating, she stayed began working for the Federal Highway and State Government Departments overseeing the Project’s funding for 18 years. Since 2009, Ms. Chan has run the Risk Management and Insurance Departments for MASSDOT. She is also involved in extensive volunteer work, serving as MASSDOT’s Chair of AAPI Heritage Celebration Month, MASSDOT’s DEI Employee Council, a mentor for the MASSDOT mentorship program, a member of the Partners in Transportation Diversity Planning Committee, Consulate President of COMTO National, and as a member of many organizations within the Asian community. 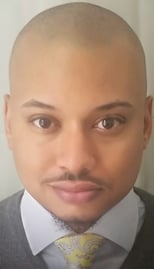 Lamar Bates is Keolis North America’s Manager of Safety, Training, and Labor Relations/DSLE for the Virginia Railway Express and President of COMTO’s Richmond. A second-generation railroader, Mr. Bates began his work in transportation in 2005 as a freight conductor for CSX Transportation in Richmond, VA. Bates then became a Passenger Engineer for Amtrak in 2009, later choosing to move to Keolis when it won the Virginia Railway Express (VRE) bid that same year – Keolis’ first property in the U.S. Throughout his career, Mr. Bates has been an engineer instructor, Keolis’ Designated Supervisor of Locomotive Engineers (DSLE) for the VRE (the first role of its kind for the company), a union official, the manager of Safety, Training, and Labor Relations, the first Vice Local Chairperson for Keolis VRE, and the President of COMTO’s Richmond chapter. 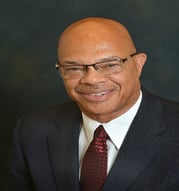 Gerald Francis is a senior transportation executive with over 35 years of experience developing and leading major freight, commuter rail, heavy rail, light rail, bus, and paratransit service operations across the United States. Currently serving as President of Keolis Commuter Services, Mr. Francis is responsible for supporting the growth and improvement of Keolis’ business activities in Boston and throughout North America. He joined Keolis from TASI – Caltrain, where he served as General Manager for Herzog Transit America Services, Inc. Highlights in his career include working as Deputy General Manager for the Washington DC Metropolitan Transit Authority, Manager of Safety for Union Pacific Railroad, and Assistant VP of Rail Operations for Dallas Area Rapid Transit. Mr. Francis is also heavily involved in several organizations, having previously chaired the American Public Transportation Association’s (APTA) Rail Standards Committee, and currently serving on APTA Business Member’s Board of Governors, the Board of Directors of the Greater Boston Chamber of Commerce, and being a member of COMTO’s Boston chapter for over 25 years.

A Leadership Lesson in Perseverance: A personal Perspective from Keolis' Tavares Brewington

From our corporate leaders to our essential front-line employees, our team is connected by our...

A Commitment to Safety: Keolis’ Teresa Cole shares her Passion for Safety

When Teresa Cole began her career in the 1980s, safety culture was not largely recognized within...

With 19 years at Keolis under his belt, Robert Anderson is the Executive Vice President of Human...