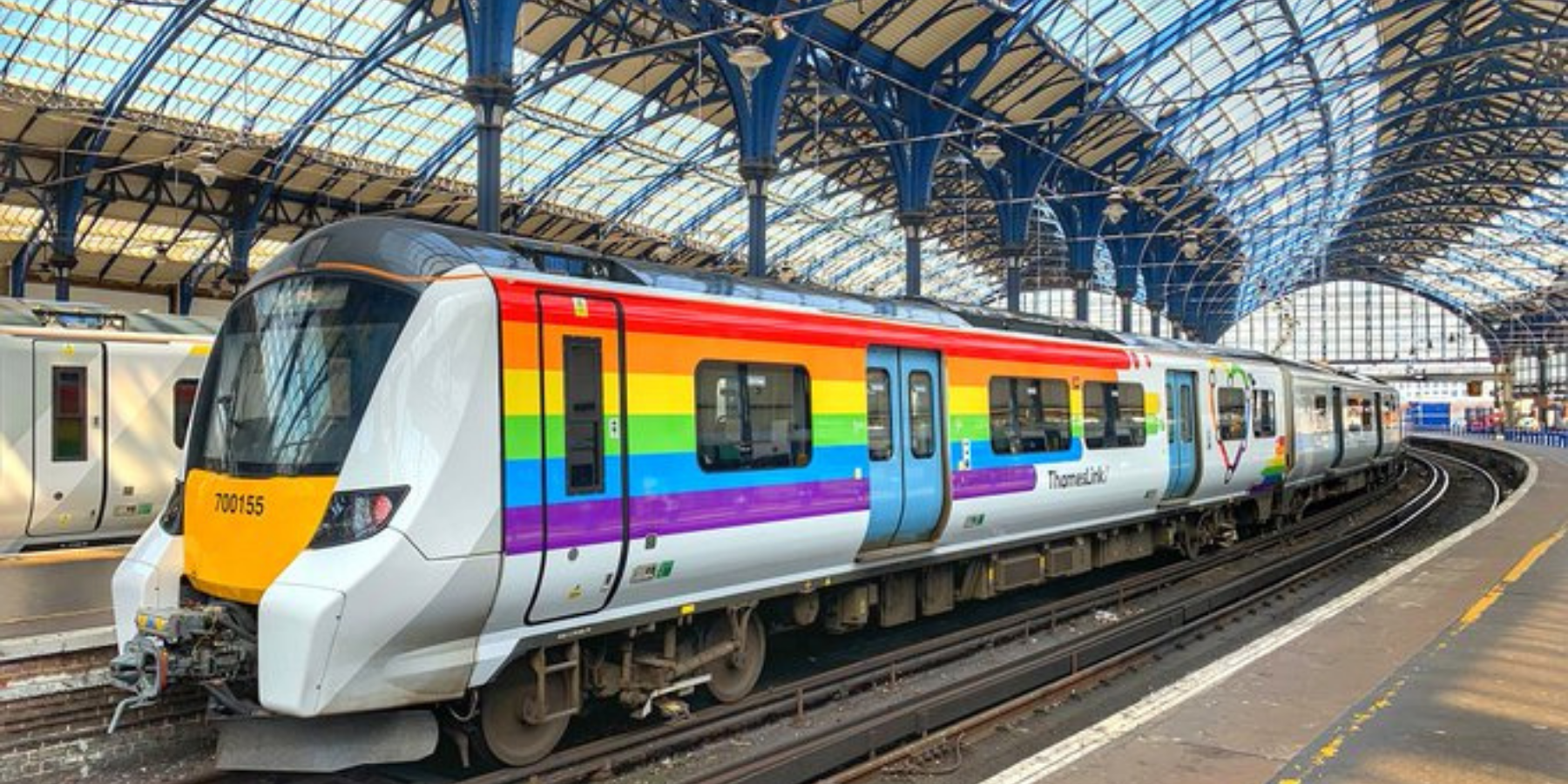 If you regularly use both public transportation and Twitter, you may have noticed a trend by now: the gay community is wild about transit. The demographic’s affinity for all things related to trams, trollies, and buses had a watershed moment with the appointment of Pete Buttigieg to the office of U.S. Transportation Secretary.

Secretary Buttigieg is the first openly gay cabinet member and can often be found using transit or biking to work. He’s so passionate about the intersection between sustainability and mobility that, as mayor of South Bend, Indiana, he took the time to write an email on the importance of limiting idling to a police officer who left his unattended vehicle running.

So, why does the LGBTQ+ community love transit so much? Or is this just a perception? Research from the University of Exeter Business School recently validated this hunch and found that people in same-sex relationships are more likely to commute by public transport. The findings are particularly pronounced among gay men, who are 13% less likely to drive to work compared to straight men. Overall, both gay and lesbian men and women were significantly more likely to use alternatives to driving for their commutes.

Exeter researchers attributed the higher rates of transit use to a stronger consideration for individual impact on the environment. After all, the transportation sector accounts for approximately 30 percent of U.S. greenhouse gas emissions. Among that 30 percent, 82 percent is caused by passenger cars and pickup trucks.

This may be true. As a gay man, I consider myself to be very conscious of my environmental footprint, and I take the MBTA for most trips around Boston where I live or bike for shorter journeys. At 34 years old, I only recently bought my first car having moved out of the city. Though, I also bought a new bike to get me around my new town and to/from the commuter rail station.

Justin de Benedictis-Kessner is less certain. An assistant professor of public policy at the Kennedy School of Government at Harvard University, he says “as much as I’d like to say our queerness makes us love efficient fast transit... I think it’s just demographic[s].”

Justin’s research focuses on political communication and public opinion and he’s also an active participant in Twitter’s gay-transit scene. Rephrasing my question on this topic for me as “why do gays love trains?” Justin says “I think it’s mostly due to demographics and residential patterns. LGBT individuals are more common in cities (and more commonly OUT in cities), and cities happen to have better public transit!” He added that only about 11 percent of Americans use public transit daily, compared to about 21 percent of urban residents. Given that roughly 80 percent of LGBTQ+ identifiers live in urbanized areas – it may just be a numbers thing.

The numbers argument makes a lot of sense. But I still can’t shake the enthusiasm that exists among the gay community for candidate Buttigieg – now Secretary Buttigieg – and for good transit. I do believe there is a sense of community inherent in transit that is appealing to people who have been marginalized, ostracized and made to hide for much of their lives.

Whether it’s simply a matter of numbers or something deeper, it’s encouraging that transit has a steadfast constituency among the LGBTQ+ community. This group is also no stranger to advocacy having started the gay liberation movement with a literal riot. And so, their role encouraging expansion of service, electrification, equitable route design, and increased frequency – among other improvements – will be essential to the growth and long-term success of public transportation in the United States.

Author's note: these experiences may not be the same for everyone. "LGBTQ+" is an umbrella term for the queer community, whose different subsets have both shared and varied experiences. The differences in experiences are particularly pronounced among the trans community, which experiences violent victimization at a higher rate than cisgendered people. As a result, there are many conscious and subconscious personal safety considerations prior to travelling domestically or internationally.

Keolis is launching a new product called Keolis Evolve, which is designed to help public transit...

Sustainable Mobility as a Tool for Climate Action